Copyright 2021 - All Right Reserved
Home » Ippudo London – How is their ramen compared to Japan?
Restaurants 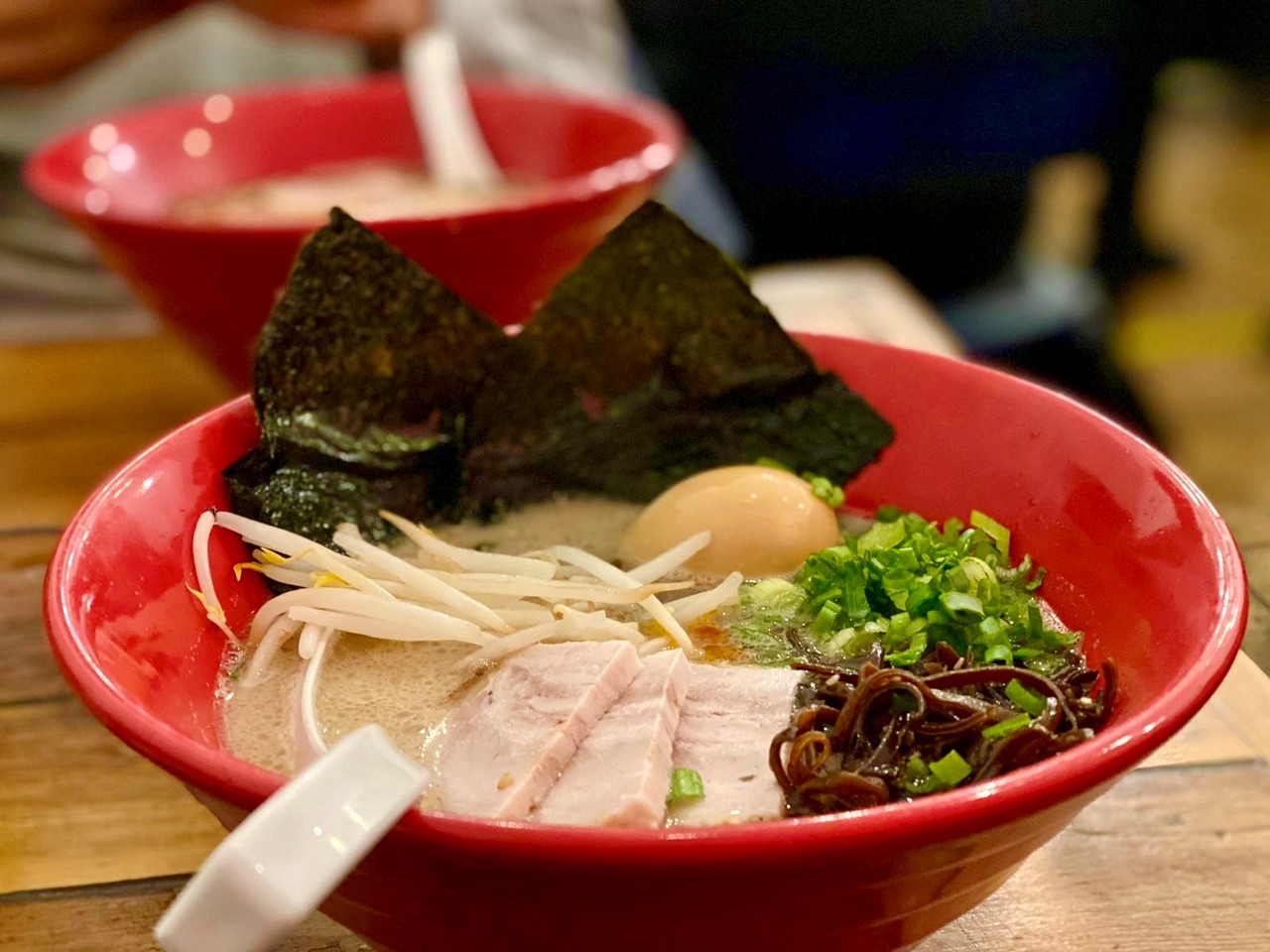 Ramen is simply the best winter comfort food isn’t it? A hot steaming bowl of Tonkotsu can really warm you up and make you forget about the short days. While many ramen heads will be talking about how they prefer Shoyu or Miso ramen, let’s be honest. The majority of people outside of Japan probably equate ramen with Tonkotsu pork bone broth. And we certainly love it. In Japan, Ippudo is one of the most well known ramen chain shops alongside Ichiran and Tenkaippin. Don’t let the word “chain” fool you into thinking this means low quality. Ippudo is highly regarded across Japan and its founder Shigemi Kawahara has won the TV Champion Ramen Chef competition 3 times. When Japanese ex-pats come to London and hear Ippudo is in town, it’s only a matter of time before they go looking for the nearest branch.

Which Ippudo branch did we visit?

We’ve actually been to the same shop twice – Villiers Street in Charing Cross. Most people probably check out their Central Saint Giles street branch first but Charing Cross seemed more convenient for us on both occasions. Personally Villiers Street feels more like a ramen shop you would find in Japan – a small space with limited seating located on a quiet side street. Also, like Japan there are counter seats close to the entrance allowing you to see the kitchen action close-up.

Since we visited a few days before Christmas the restaurant only had a few diners eating inside. This allowed us to get our pick of tables so we chose one with plush sofa seats at the back. Normally it’s a lot busier with long queues so the Central Saint Giles branch is probably a safer bet if you are in a big group.

After going through the menu, we found a bottle of Choya Umeshu which we ordered while we waited for a friend. You may have noticed that this is becoming a regular item for us. I think it’s a great option when you aren’t in the mood for beer or sake. It has an intense sweet and sour taste and although this bottle did not have the plums in them, you could definitely taste the refreshing fruitness. Also, although Umeshu is often called plum wine it is actually made from steeping ume fruit in shochu. Incidentally, ume is actually more closely related to apricots than plums.

What ramen did we order?

Ippudo has just the right amount of ramen choices. Their menu offers their classic Shiromaru Classic, another version with a miso paste topping called the Akamaru modern, and a spicy miso paste Karaka-men bowl. They also have a veggie ramen bowl featuring a seaweed and mushroom-based broth. This veggie ramen is so good one of our group has already had it 3 times. Villiers Street also offers a “Niku ton” ramen which comes with a massive topping of pork and secret tare.

We ordered one Akamaru, two Shiromaru, one Shiromaru Special, and one veggie ramen. The Shiromaru Special comes with extra pork belly chashu, nitamago, kikurage mushrooms plus other veggie toppings. Meanwhile the Veggie ramen features the same toppings but instead of pork chashu you get slices of fried tofu.

Below you can see the classic Shiromaru in the white bowl. I noticed that the staff take care when bringing the bowls over and setting them down on the table. It’s a small thing but I found in some ramen restaurants in the UK, the staff aren’t bothered about this. There is no such issue at Ippudo. The bowls are aesethetically pleasing and you’ll want to dig into the noodles straight away.

First, let’s talk about the noodles. They’re straight and thin and you can choose your noodle firmness. I went with the Kyushu traditional katamen (firm) al dente style, which drew up the broth perfectly. Now the part I find which differs from a Japanese Ippudo experience is the superbly balanced Shiromaru broth. It is a delightfully creamy and silky soup that has the depth that comes from a 18 hour cooking process. While it is a rich Tonkotsu, we found it not quite as rich as the Shiromaru you get in Japan. This is something we thought on this visit, and what other Japanese friends have said when visiting separately to us. Due to this, I’ve noticed some Japanese friends prefering the “refined” taste in London branches to that of Japan. Meanwhile other friends have said that they prefer the decadent porky broth they’ve eaten in Ippudo back in Japan.

What I will say is that it is probably worth getting the Shiomaru Special if you are in the Villiers Street branch. The toppings are all excellent. There is the cooked to perfection tender Chashu slice with its pleasantly chewy and melt in your mouth texture. Also I enjoyed the marinated nitamago egg presented as a whole egg. If you like your soft-boiled eggs to be almost custard-like creamy inside, Ippudo has you covered. The bean sprouts should also get a mention. You don’t always find them in Tonkotsu ramen bowls in London but they do give a satisfying crunchiness. It does makes the experience more like a traditional Ramen shop for sure.

Here is a snap of the Shiromaru Special we took on our last visit. You can see that extra Chashu and seaweed topping along with the beansprouts and kikurage mushroom slices.

We would give the Villiers Street Ippudo branch 4.8 stars out of 5 stars. Everyone was extremely happy with their ramen and the service. I’ve not visited any other branches yet but I like how the Villiers branch always has Japanese staff so you can order in Japanese and get that extra Omotenashi service experience. The staff could also politely answer our question about Zuzuto – we got the confirmation that Zuzutto is the sound for slurping in Japanese. If you are worried that Ippudo here would not be the same as Japan, you shouldn’t be. The quality is there and the bowls themselves are not overly expensive for London prices.

Next time, I’d personally be keen to try their Akamaru Modern bowl or perhaps even their Veggie ramen bowl. Also, currently the Villiers Street branch doesn’t have gyoza on the menu but I remember these were fantastic on a previous visit. So this gives us a nice excuse to try out their other locations.

Did you eat at Ippudo in London recently? Please feel free to comment below and let us know how the experience was for you. Also, if you are looking for more ramen options, take a look at our best ramen restaurant list in London.

Sashimi in London – Where to buy the freshest fish