Copyright 2021 - All Right Reserved
Home » Tonkotsu-ya for the richest Tonkotsu Ramen in the UK?
RamenRestaurants 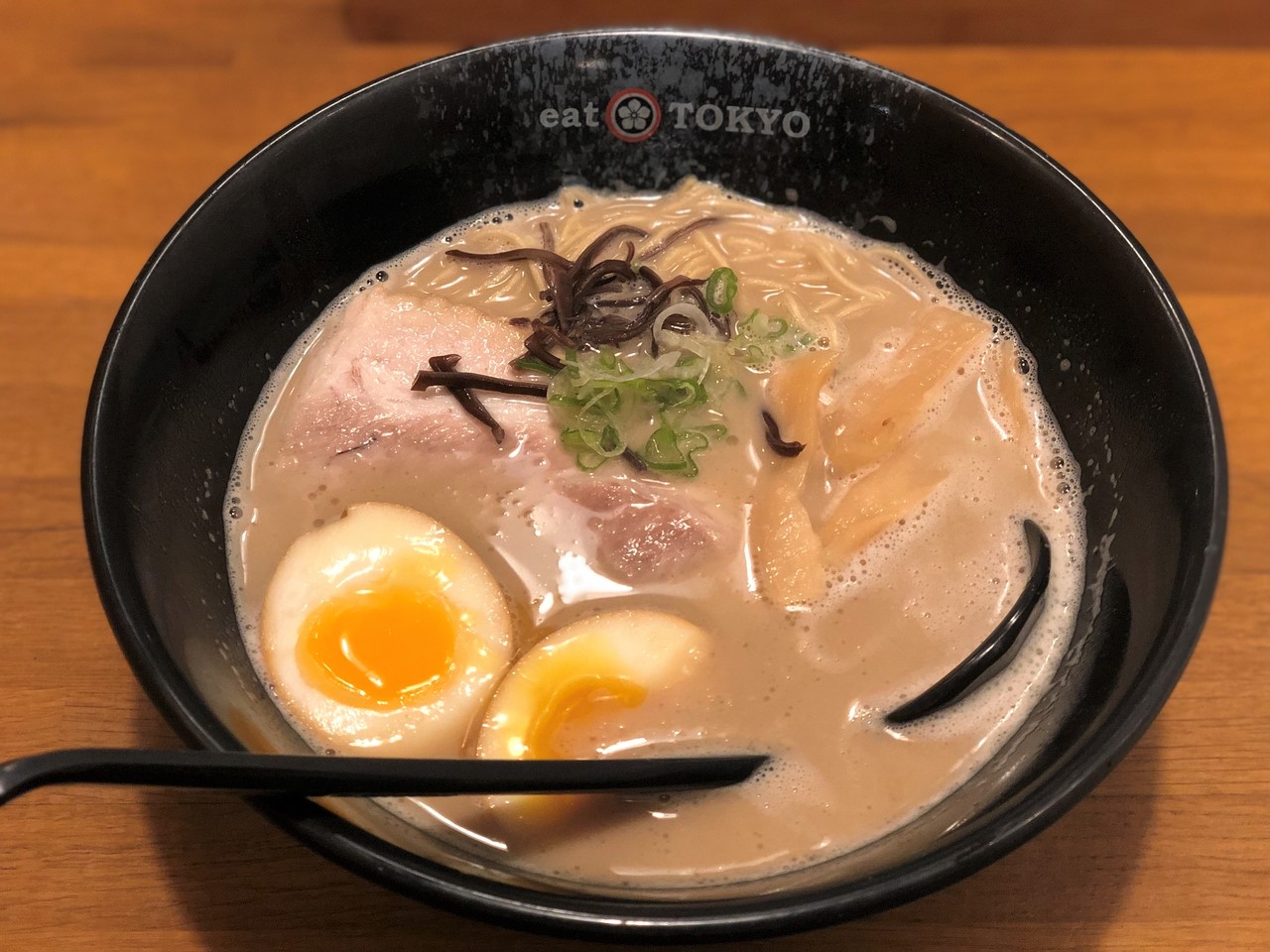 Tonkotsu Ramen restaurants across London often make subtle and sometimes not so subtle hints that their bowls are the richest. Some point out that they simmer their broth for 18 hours or more. Others have secret recipes for their pork bone broths that are unlikely to see the light of day.

It’s also hard to know which Tonkotsu restaurants in London are the real thing by reading online reviews. Most articles cover the same list of ramen restaurants across the city. Also, the writers seem to choose their favourite ramen restaurant by its interior or the ramen toppings. Important but surely the broth and noodles should take priority?

Today we’ll introduce a hidden gem. Something that the experts have left out. As of March 2022, there is no mention of Tonkotsu-ya in any of the top ramen restaurant reviews online. The copycats will probably have it on their lists shortly, but it’s nice to be bringing Tonkotsu-ya the attention it deserves.

No this is not part of the Tonkotsu chain. This is actually part of another Japanese restaurant chain – Eat Tokyo. They opened their Bond Street branch two years ago and it focuses on serving a range of ramen. Their most popular ramen is of course their Tonkotsu, but they have Sapporo style Miso ramen and Shoyu ramen too. That’s not all when it comes to noodles. They also have a Vegan ramen, soba, udon and Hiyashi Chuka!! Not many places in London offer this. And like other Eat Tokyo restaurants you can get their Bento box meals and sushi plates as well.

The restaurant is located round the corner from Bond Street station on Woodstock street. You will often see a line of people waiting by the side street entrance and on the Sunday night I went on a solo visit, there was a short queue like usual. From the outside, the restaurant doesn’t look all too special although you could see it was busy and doing a lot better than the empty sushi chain restaurant opposite. I shuffled forward as the group in front went inside, and passed two outdoor tables full of brave students willing to eat al fresco. Personally not an option I’d take for winter but each to their own!

After about 20 minutes, the wait was over. I was guided inside to counter seats by the window which came with wooden dividers so that you could be separated from other diners. They had baskets for putting coats in too, and this reminded me of ramen restaurants in Japan. Looking around there were some neon signs that you might see in a Japanese sports bar plus some paper lantern lights with “Ramen” written in Katakana on them. There was also an interesting display with a list of J-Pop Songs which made you think of Karaoke. While it was not the most authentic of Japanese ramen restaurant interiors, you could see this was designed by someone who knew a thing or two about Japan.

My order was of course the popular Tonkotsu ramen. Shortly after ordering, the staff brought along a tray of toppings and condiments along with a garlic crusher. It’s the first time I’ve seen a restaurant in London where you can crush some extra garlic onto your ramen. I remember hearing that Ippudo offers this at their St Giles branch, but still not got round to visiting.

How was our Tonkotsu Ramen?

The Tonkotsu itself took just under fifteen minutes to arrive, which I thought was pretty good considering the restaurant was packed. In fact, the wait was very much worth it. My first impression was the ramen was presented well with all the toppings carefully placed on top. It was very much an eating with your eyes experience and then taking in that hearty Tonkotsu aroma.

I’ll be honest. When I took that first spoonful of broth, I did not expect it to be as impressive as it was. But what a broth! I was blown away by the depth and the richness. You could choose between regular or Kotteri (a heavier and more fatty pork soup) and of course it was Kotteri for me. It reminded me of that thick ramen soup you can get in Tenkappin in Japan for those who are familiar. Tonkotsu-ya add in a good amount of ginger too which works fantastically well and adds to the flavour.

When it came to the noodles, they were thin, long and bouncy. They certainly had a bite and have plenty of cling to the soup if you like to slurp. I didn’t ask if they are made-in house although I’d take a guess they are. This will be a question for my next visit. As for the toppings, you get a gigantic slice of Chashu pork belly! You can’t see this in the photo, but it was the biggest I’ve seen so far in the UK. A very generous Chashu topping which was pleasantly chewy and tender. The spring onions gave a nice texture crunch and another highlight was the marinated egg which was soft boiled to perfection. If there was an award for best ramen egg in London, Tonkotsu-ya would definitely be in the running!

For this visit, I would give Tonkotsu-ya 4.8 stars out of 5 stars. If you looking for a Tonkotsu ramen with that deliciously decadent broth, you need to try Tonkotsu-ya out! It’s probably one of the most authentic Tonkotsu I’ve had in the UK and I would rank it within my top 3 ramen restaurants in London. The only small issue to point out is that the restaurant was busy and you do get staff passing behind when you are in the counter seat area. Personally, I have no issue with this but something perhaps to be aware of if you don’t get a table inside. For tables outside there are heaters but better to wait surely?

When it came to service, the staff were friendly and despite the restaurant being completely full they took the time to explain the dishes and condiments. It was nice that before leaving one member of staff said he recognised me from our Convent Garden visit. Obviously I don’t say I write reviews so it’s doubtful that there was any special treatment or preparation but adding this in just in case. Price wise again Tonkotsu-ya has great value for money with their Tonkotsu ramen coming in at £11.80 including service charge and you get a glass of cold water included like a ramen shop in Japan. Really can not wait to go back to check out their other ramen dishes and to check how consistent the quality is but have full faith in the restaurant.

Did you eat at Tonkotsu-ya recently? Please feel free to comment below and let us know how the experience was for you. Also, if you are looking for more ramen options, take a look at our best ramen restaurant list in London.

Gyudon recipe anyone can make at home!

Tonkotsu – Best Ramen and Gyoza in the UK?

Coco Ichibanya London: How does it compare to Japan?

Shoryu Ramen – What happened to...