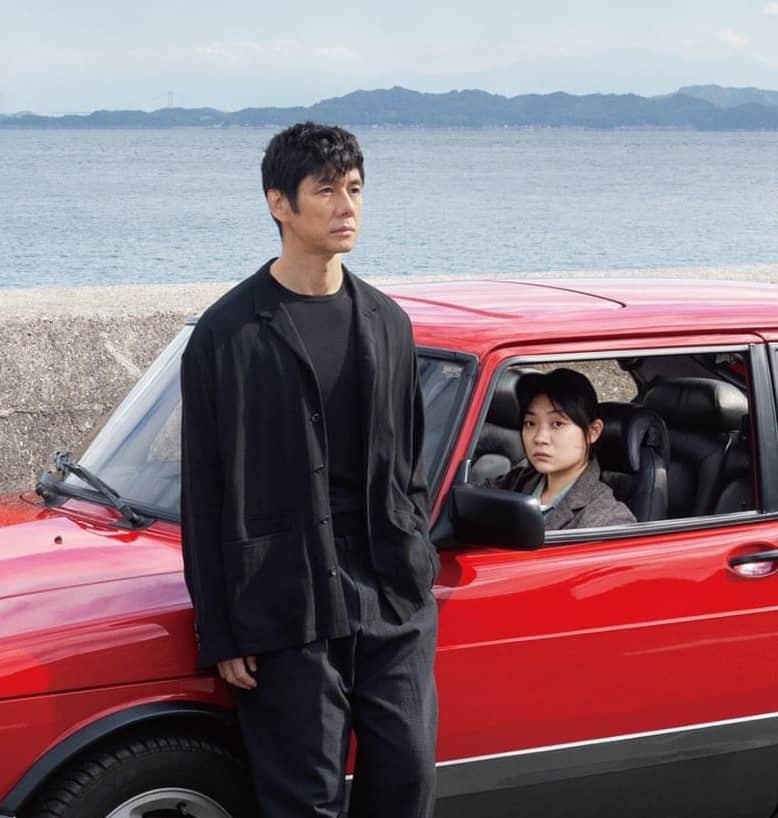 Drive My Car won 3 awards at the 2021 Cannes Film festival, Best Foreign Language Film at the Global Globe awards and Best International Feature film at the 94th Academy Awards. In this article, the newest member of the Best Japanese team gives their thoughts on the movie and what makes it special for them.

One day, Yūsuke comes home and finds his wife laying on the floor; she had passed away.

Two years after his wife’s unexpected death, he receives an offer to direct a production of Uncle Vanya at a theatre festival in Hiroshima. Despite still learning how to coop with this loss, Yūsuke accepts.

That’s when the lives of the two main characters intertwine.  Yūsuke meets Misaki (played by Toko Miura), a taciturn young woman who has been assigned by the festival to chauffeur him in his beloved red car.

From the choice of the cast members to the rehearsals, we watch Yūsuke struggling and the tensions in the cast and crew rising as Yūsuke is forced to confront painful truths raised from his past.

As the movie unfolds, we gradually discover that Yūsuke and Misaki share a connection and the uncommunicative, quiet atmosphere between the two slowly disappears when both start sharing confidences and gradually forcing them to face their past.

Drive My Car is a movie directed by Ryusuke Hamaguchi and is based on a Murakami short story of the same title.

This is a beautiful story of how to let things go and move on, a travel along emotions and feelings one could feel from the loss of another that significantly impacted in one’s life. In essence, a road trip to finding peace with yourself.

If you’re looking for more Japanese movie reviews, feel free to check out our Movie section.

Hyper Japan – What can you see and do?

Billingsgate Market – What you need to know before visiting

Hyper Japan – What can you see and do?