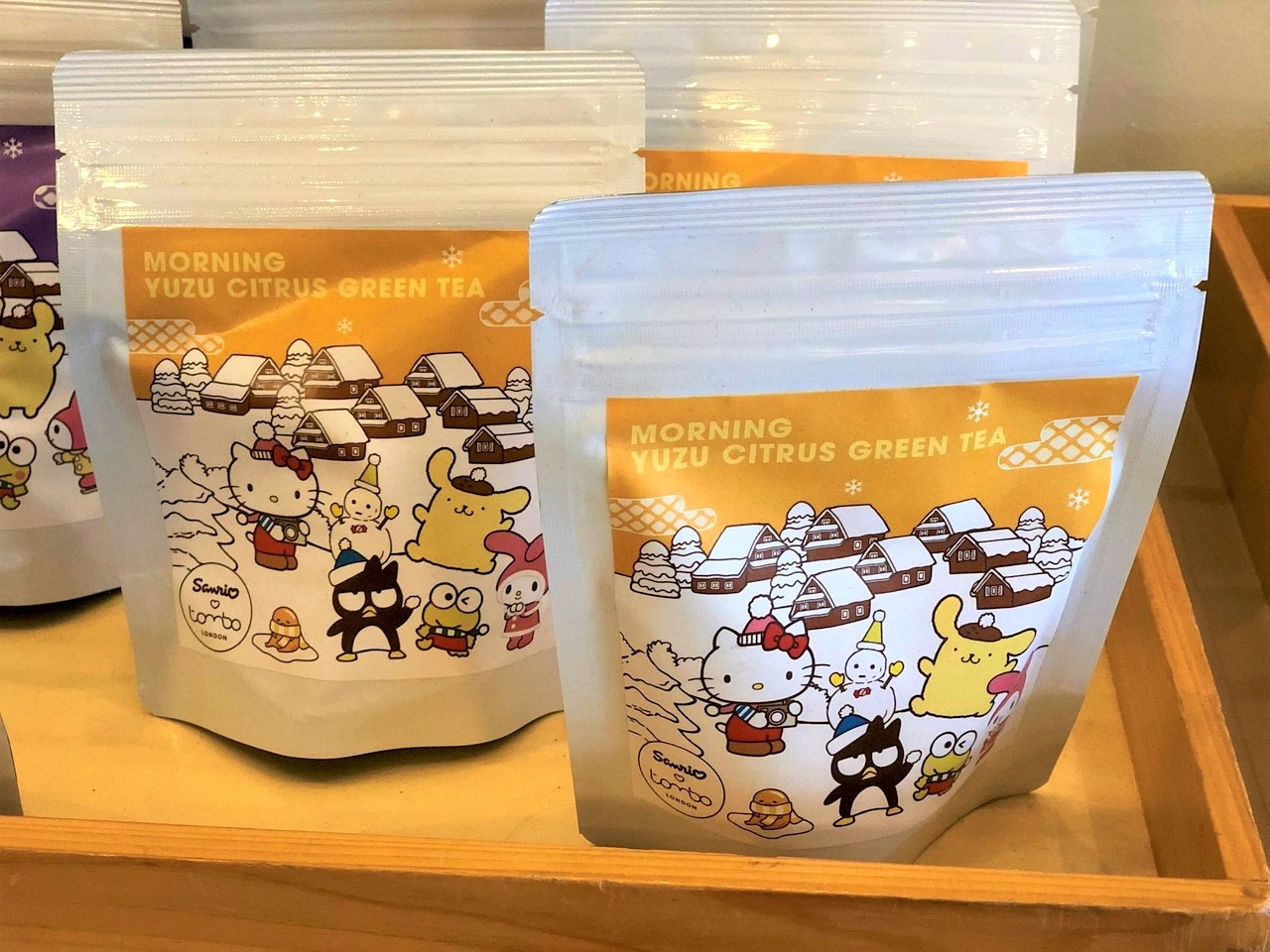 If you’ve seen photos of Hello Kitty matcha lattes or Gudetama udon in London, it’s likely they were taken at Tombo Cafe. The collaboration with Sanrio has led to some fantastic dishes and lattes, and they certainly stand out a mile on Instagram. Tombo Cafe are also obsessed with Japanese green tea. You will see matcha powder forms part of several dishes on the menu, including their famous soft serve ice cream.

Another personal reason for wanting to visit Tombo was after reading this post by Sachiko & Shu. I can totally relate to Louis, as I experienced something similar growing up in England. There were times when I wanted a “normal” lunchbox too. Now I would rather have a bento lunchbox every day if possible! I definitely want to promote authentic Japanese food in England as well and introduce dishes people may not be aware of.

Location and Interior of Tombo Cafe

Tombo is round the corner from South Kensington station and easy to find with its red and white dragonfly sign outside. Also, in case you don’t make the connection, Tombo means dragonfly in Japanese. I visited on a hot Friday afternoon in July so my sights were set on one of their refreshing desserts. When I walked in, a friendly member of staff quickly came to greet me and showed me to my table.

On the way I had the chance to view some delicious cakes, and I also noticed a lovely air conditioner set in the ceiling. As London summers get hotter, cafes with air conditioners are going to be more demand! Here is a photo of the purple potato and matcha roll that caught my eye.

While enjoying the cool cafe interior, I discovered a selection of Japanese resealable tea packs on sale. This included the Morning Yuzu Citrus Green Tea and Tombo’s own “Haiku Hojicha with Ginger”.

The Marble Sesame & Matcha Cheesecake and Purple Potato & Matcha Roll looked very tempting indeed. It was a hard choice, but in the end I went with the Tokio Sundae.

Here is how it is served. The matcha soft serve comes adorned with a mini mochi, azuki red beans, and a monaka wafer. A lovely kuromitsu black sugar syrup is then added on top. It looks and tastes like a traditional Japanese dessert and I was very happy with my choice.

It might be strange but I found the monaka wafer extremely nostalgic. Many cafes in Japan have desserts with this wafer. You can also see it sold in Japanese convenience stores in the form of Choco Monaka Jumbo. For those who have not had the pleasure, this popular ice cream has a chocolate bar core and comes nested in a crunchy monaka outer layer.

My matcha latte came out a little later than the Tokio Sundae. Obviously I got the cold latte version as it was such a hot day. A couple of ice cubes were in the latte to keep the drink super cool and it was extra reviving. I’d be keen to try the hot matcha version too on an autumn or winter day and see which of their cakes matches their matcha the best!

For me, I feel it is a solid 5 stars (out of five). The interior felt very Japanese (if you know what you are looking for), the Tokio Sundae was perfect for a hot summer afternoon, and the staff were very helpful.

After I paid the bill, I asked one of the staff about the funky BGM playlist. Apparently the owner chose this list and this got us talking about the cafe. I was surprised how knowledgeable the staff were. They knew what was in each dish without checking the menu and they knew about the cafe background – how the owner wanted Japanese food to be available at reasonable prices and accessible to all. Great job Manami-san and Louis! I hope to be back at Tombo soon!

Head to Hachi for Authentic Japanese BBQ in London

Billingsgate Market – What you need...

Head to Hachi for Authentic Japanese...

Mugen London for the best Sushi...